Teams representing high schools from across the Chicago region collaborated to celebrate the power of Shakespeare and their own voices as the program went remote this year because of the ongoing impact of COVID‑19.

“I’m so proud of these students,” said Peggy Bergin, Morgan Park Academy’s Director of the Arts.

“We haven’t been able to mount our usual stage productions because of our school health and safety protocols, but even a pandemic couldn’t keep these gifted artists from showcasing their talents.”

Bergin and the students worked on the project for two months last semester, editing the scene to fit their allotted time and rehearsing weekly over Zoom to discuss language, meaning, themes, casting, and their plan for recording their performances and editing the scene together.

They dressed and lit each character in a thematic color, choosing black for Prince Hamlet, purple for Queen Gertrude, red for King Claudius, and orange for Laertes.

“Shakespeare Slam was really fun,” said Annie, a freshman. “I learned a lot about acting and about Shakespeare, and it made you feel like a part of something big.”

In addition to their team rehearsals, the MPA quartet also joined in online “Hamlet Hangouts” on Saturday mornings with Chicago Shakespeare Theater educators and students from other schools.

“I loved doing those different activities on Saturdays,” said Ta’liyah, a senior who won a statewide acting contest last year.

“We were put into groups for what was basically a charades game, and my favorite part was the Slam Dance. I loved the choreography and how they tied the story to the dance, summarizing the story of Hamlet using body language.” 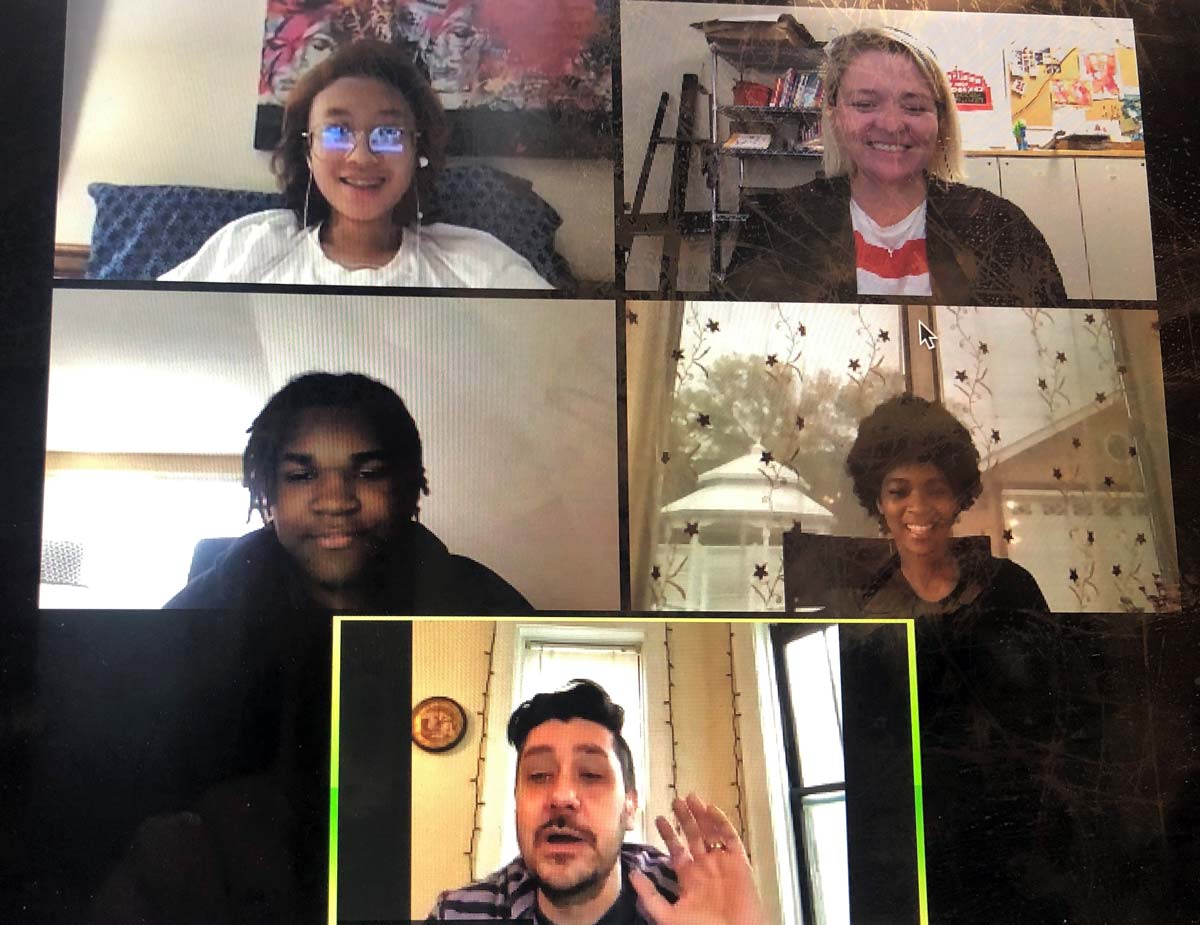 ABOUT THE EVENT (from Chicago Shakespeare Theater)

In a world gone wrong, Hamlet wrestles with betrayal, alienation, and self-doubts. His brilliant journey is one that may have special resonance to students as they attempt to cope with the many unanticipated ramifications in their lives of a global pandemic and the struggle for racial justice and equity.

A series of filmed workshops, accompanied by school rehearsals (likely remote, as well), and live video conference gatherings will prepare the teams for their role in this year’s program. Each team will rehearse, perform, and record its contribution to the Slam community’s unique staging of Hamlet. Woven together with narration, the recorded scenes will tell the story of a Hamlet that is inextricably bound to their own stories as our students’ lives collide with history in the making.

The Chicago Shakespeare Slam is, more than anything, an ensemble program—building community, both among the members of a school’s team and between the teams participating across the entire region. Together, participants have the opportunity to dive deep into a shared text, and do so through an infinite number of lenses crafted out of students’ own imaginations.