The Class of 2021 earned $4.4 million in merit-based scholarship offers and gained admission at top national universities and liberal arts schools including:

With scholarship awards still being counted, MPA students have earned an average of $120,000 in merit-based offers, including a four-year full ride at Northwestern, a full athletic scholarship, and merit awards at Washington University in St. Louis, Loyola University Chicago, DePaul University, the School of the Art Institute of Chicago, and the University of Illinois at Urbana-Champaign.

“Morgan Park Academy students are able to find a great school that’s the right fit, because our small class sizes allow us to give students individualized attention through a four-year college counseling program,” Head of School Mercedes Z. Sheppard said.

“We couldn’t be prouder to see these institutions recognize the character, accomplishments, and future potential of MPA graduates.”

“I am so proud of the Class of 2021,” college counselor Tanuja Rathi said. “This has been a hugely difficult year for the college admission process, as for so many other things, and these students have risen to the occasion and surmounted every challenge put in front of them.” 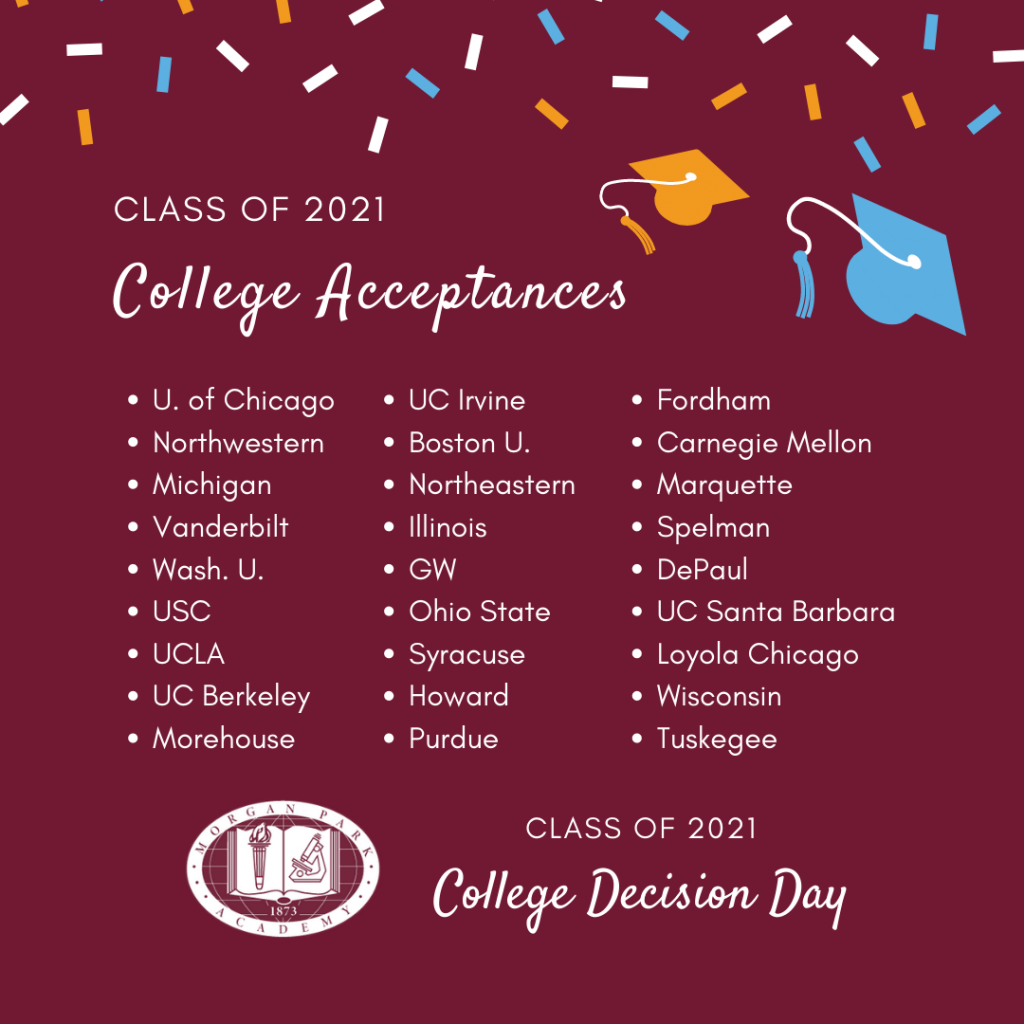 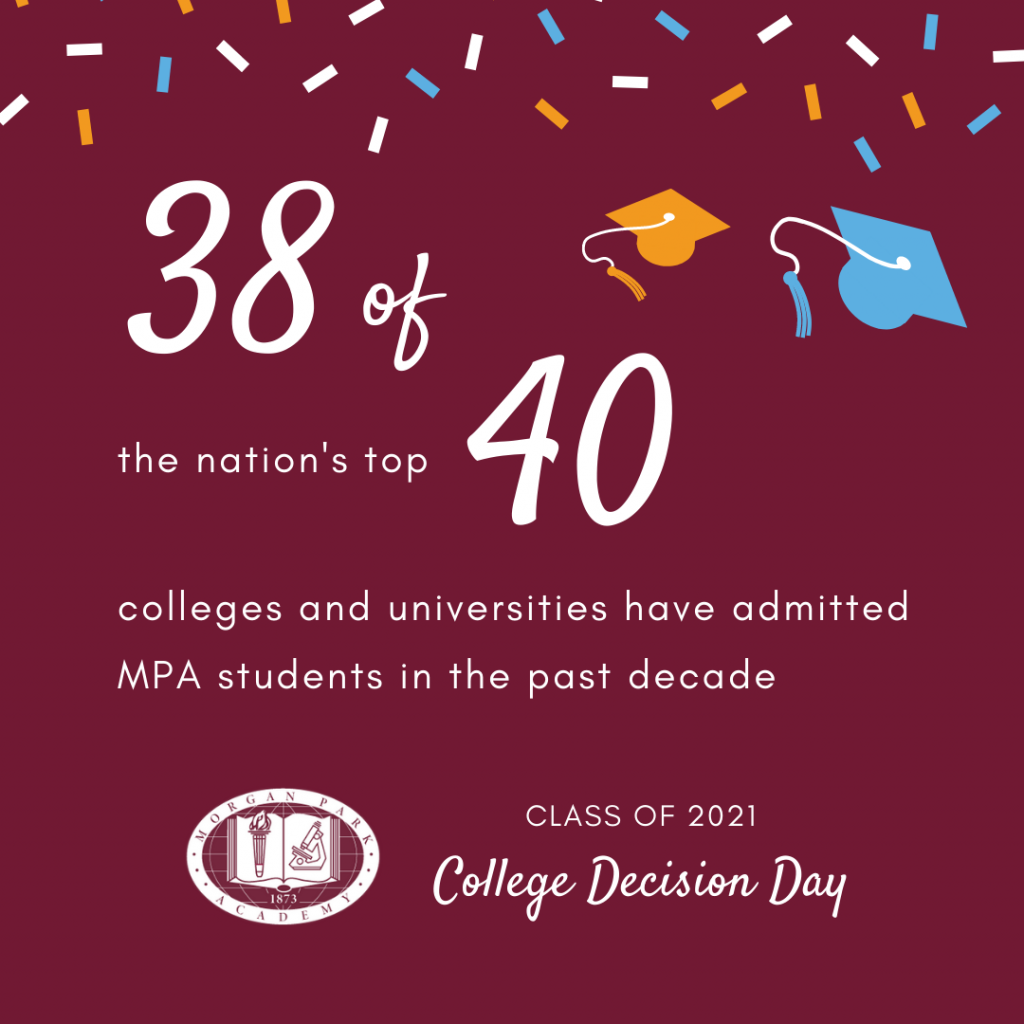 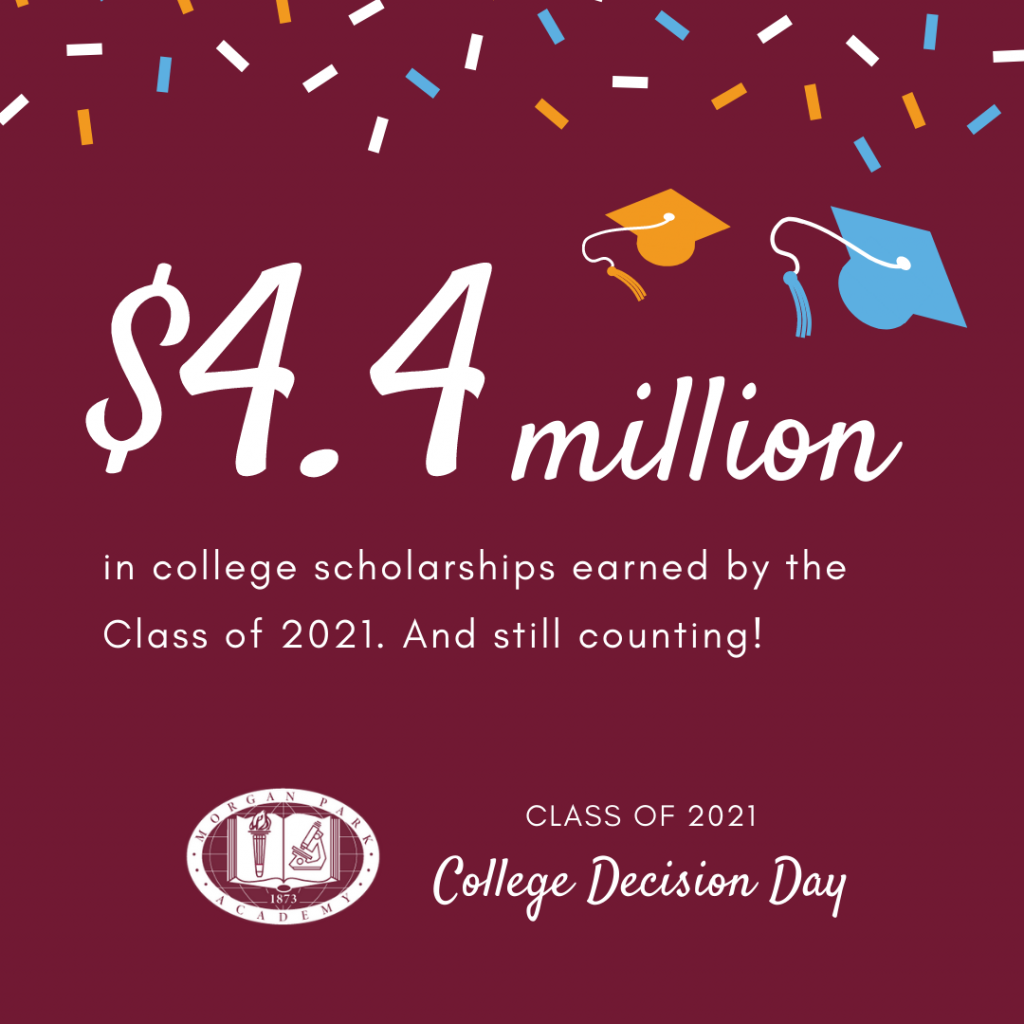 In the past decade, MPA students have been accepted by 38 of the nation’s top 40 colleges and universities, as ranked by US News & World Report, despite a trend that has seen acceptance rates dip into the single digits at the most selective schools.

This group includes (in alphabetical order):

Students in that time also have been admitted to two prestigious military academies and nearly all of US News’ top liberal arts schools and historically black colleges and universities: 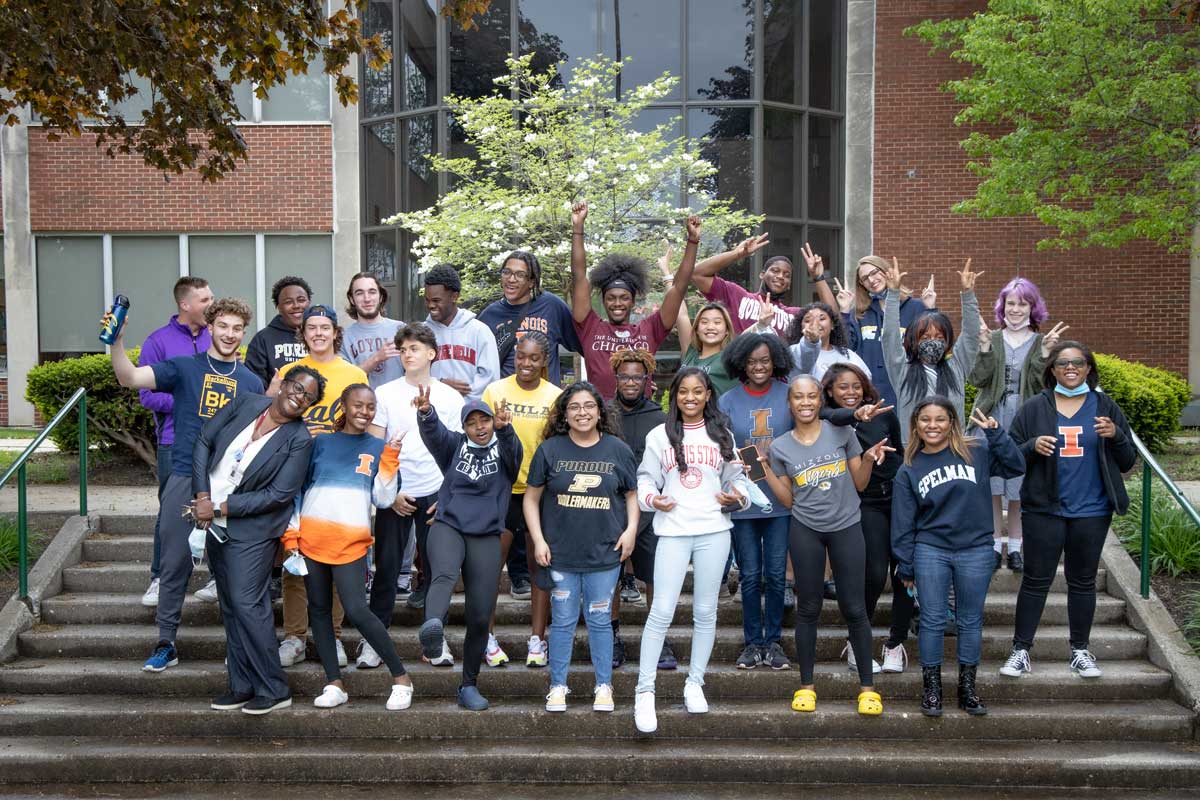