A trio of Morgan Park Academy eighth-graders earned recognition at the history fair state finals, including one student who advanced to the national competition.

Braelyn Hall’s exhibit on “The Power of Black Advertising” was one of nine individual projects in the junior division selected by Illinois judges to compete in the National History Day contest in June 2020.

Michael Amberg and Kelsey Frazier also received recognition from judges for “superior” exhibits. They and Leona Bergin qualified to represent MPA on Illinois History Day after being chosen as standouts at the Chicago Metro History Fair regional competition.

Morgan Park Academy eighth-graders participate each year in this popular and challenging competition, researching and presenting a long-form research project. Over three months of work during the winter, students researched primary sources to create museum-like exhibits, papers, and documentaries, including summary statements and annotated bibliographies.

In the past two years, seven MPA students have advanced to the state finals. 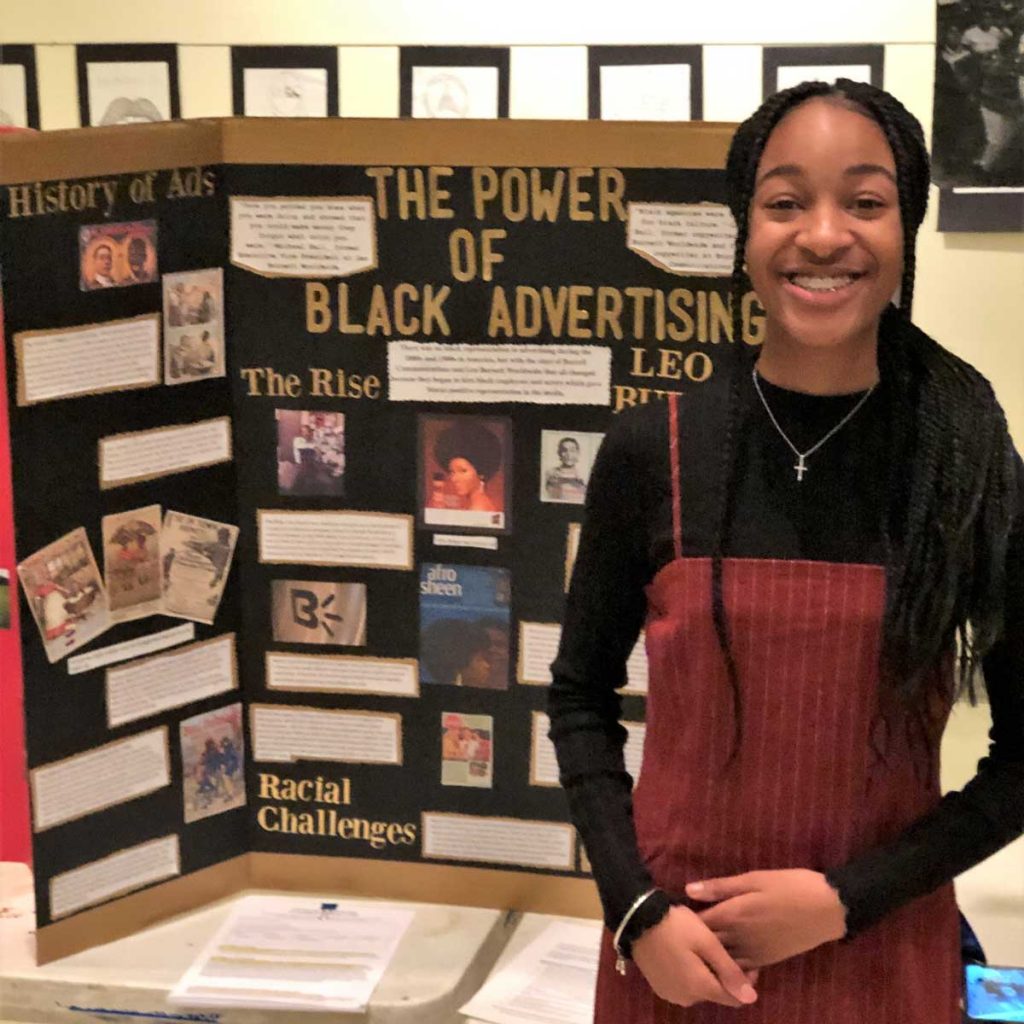 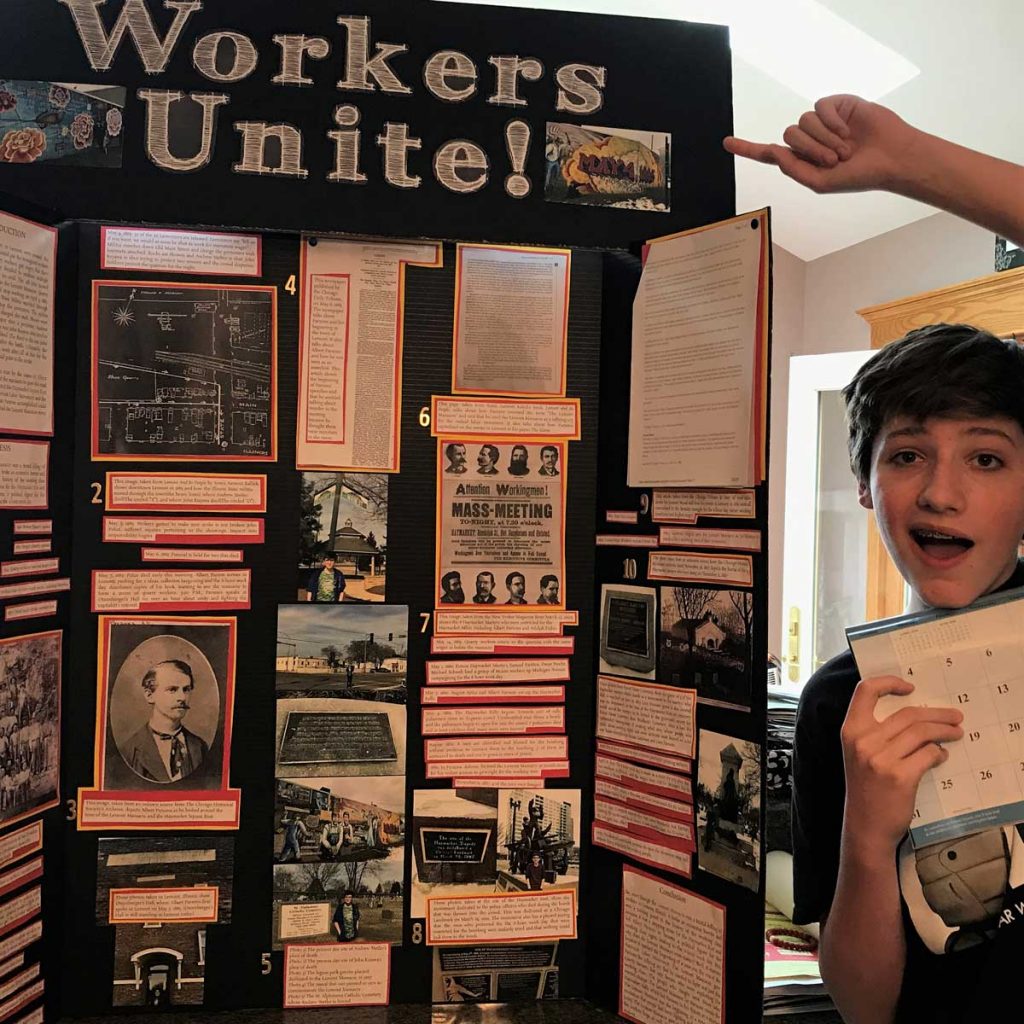 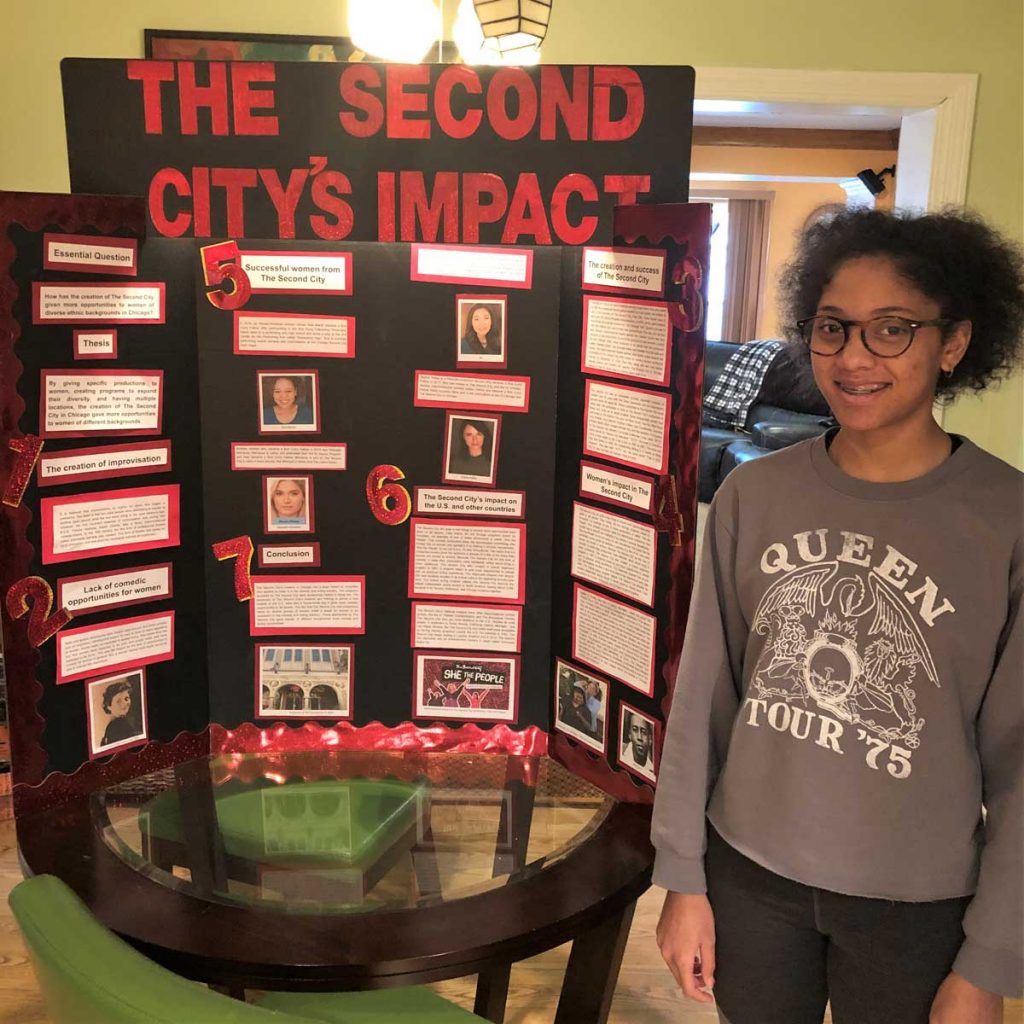 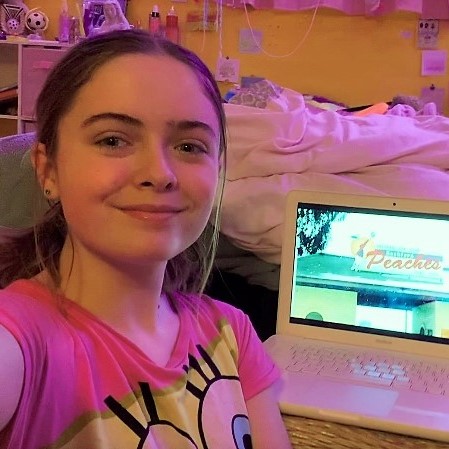 “There is so much success to be celebrated this year,” history teacher Vanessa Cleys said. “The students really became true historians and produced ‘college-level’ research, as the National History Day staff called it.

“In particular, Braelyn created one of only two individual exhibits chosen to represent Illinois at the national competition. I could not be more proud of the depths of knowledge she was able to reach on a topic that is extremely important to the progress of our society.”

Michael received an award from the Illinois Labor History Society for his exhibit on the role that the Lemont Massacre of 1885 played in the growth of the U.S. labor movement.

Kelsey studied the impact that Chicago’s famed Second City comedy troupe has had on increasing the number of women of color in comedy.

Leona filmed a documentary about the All-American Girls Professional Baseball League, famously featured in the film A League of Their Own. 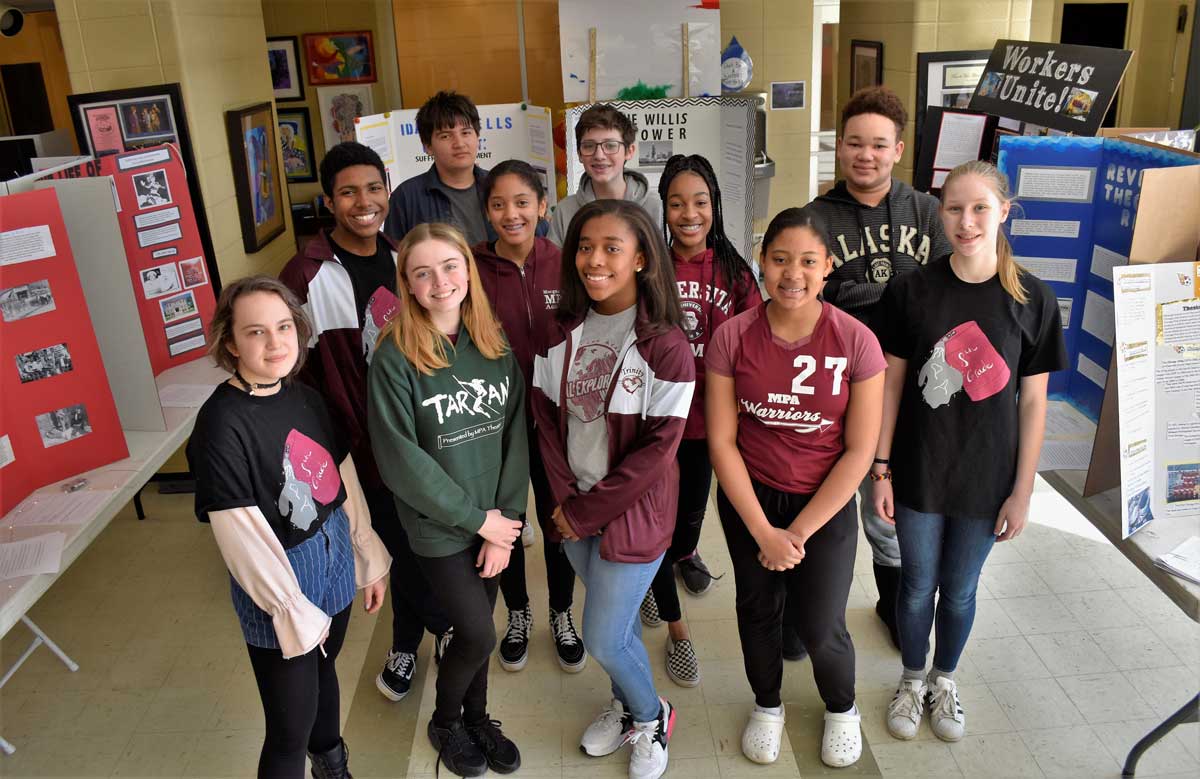 “The Power of Black Advertising”

“Advertising is a big part of my life. Growing up in a household where both parents worked in this industry, hearing their stories and shared experiences inspired me to want to use this topic for my project. I also have a dream to become an advertising copywriter, like my mom.

“When choosing this topic, my goal was to go deeper into the history of black advertisement, learn about the pioneer, Tom Burrell (Founder of Burrell Communications), discover how black advertising changed over the years, and understand the role blacks played in the industry.

“For my research I read books, looked at archives and websites, but most of my information came from Tom Burrell’s book Brainwashed: Challenging the Myth of Black Inferiority, and personal interviews. In both sources, I was able to learn about the African-American experience in mainstream and black advertising. The most impactful interviews were Renetta McCann (former Chief Talent Officer at Leo Burnett), Amy Hilliard (Senior VP and Director of Integrated Marketing at Burrell Communications), Pepper Miller (Marketing Researcher and Consultant) , Kevin Newell (former Global Chief Brand Officer at McDonalds) and my parents, Michael Hall (former Executive VP at Leo Burnett) and Lavelle Smith Hall (former Senior Copywriter at Leo Burnett).

“Each interviewer shared how challenging it was to work in a white-dominated field. All credit Tom Burrell for being a pioneer in the advertising industry, and for helping hundreds of blacks during the cultural shift and revolutionary change.

“I wanted to do an exhibit board because to me it was the best way to visually represent the history and the power of black advertising. My main goal was to show actual advertisements from various time periods in history. To show examples of the racist and stereotypical ads during a time when blacks were perceived in such a negative light. I wanted to show images that compared post slavery and modern day advertisements, and the cultural transformation of blacks. By showing black positive role models in America like Tom Burrell, LeBron James and Beyonce Knowles, this gives people a chance to see successful blacks in advertisements compared to the stereotypical ads previously shown.

“My project fits the National History Day theme ‘Breaking Barriers’ because it demonstrates how Tom Burrell had a great impact on blacks and mainstream white America. He set new advertising standards and created a different style of marketing. He opened up the idea that by using black advertisement, black culture would finally be received positively. My personal interviews show successful blacks who broke barriers by pushing and working hard for higher level positions. They each paved the way for others, specifically in black America, and set a positive example for the younger generation, like me.”