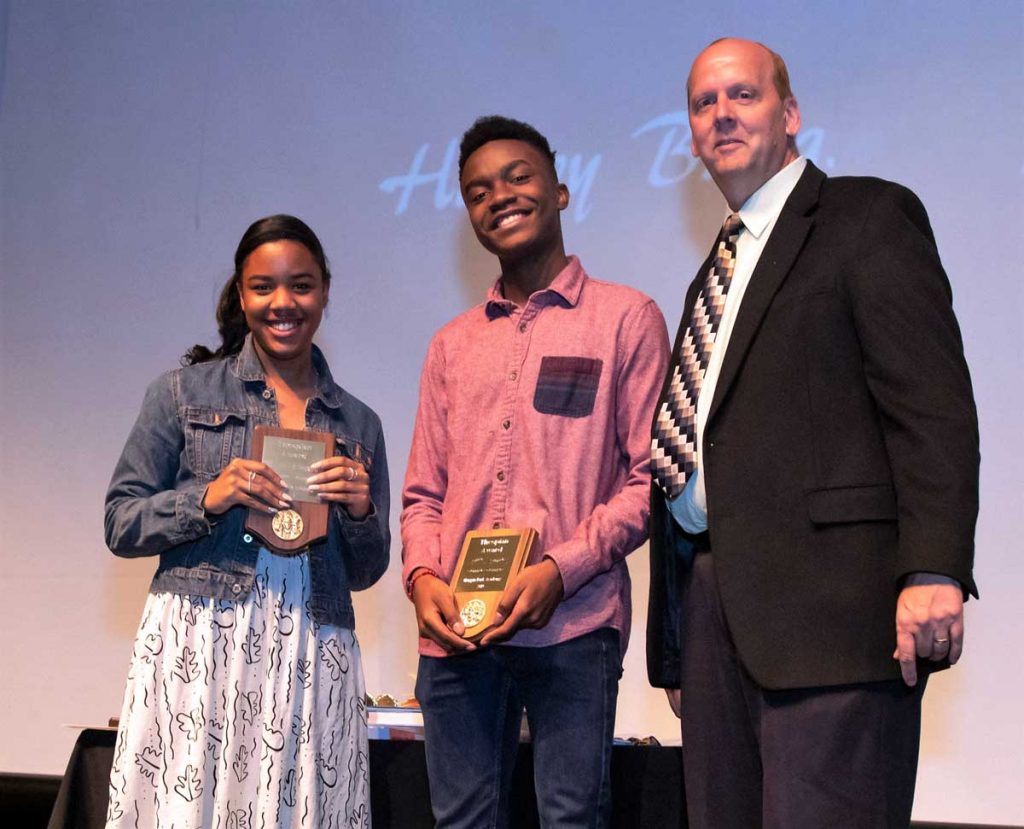 Graduating seniors and other Upper School students received a host of annual awards at Commencement and our Awards Night celebration on June 7-8, 2019.

Hadyn E. Jones Cup: Angela Cabrera
Presented to the class valedictorian, based on cumulative high school grade-point average. Named for Lt. Col. Haydn E. Jones, who helped lead the Academy’s reorganization as a military school a century ago after separation from the University of Chicago. The campus quad is named in his honor. To be eligible, a student must have attended the Academy for at least three years, including 11th and 12th grades. The winner receives a gold plaque and has his or her name inscribed on the cup.

Scholarship Award: Zara Hashmi
Presented to a graduating senior in recognition of scholastic excellence, citizenship, and participation in school activities.

Jean Landon Taylor Alumni Award: Mofei Chen
Presented on behalf of the Alumni Association to a graduating senior in recognition of academic achievement, citizenship, and participation in school activities. Named for Jean Landon Taylor, the head of the English department at the Academy from 1929-1945.

Martin J. Wolf Service Award: Maya Lopez
Presented to the graduating senior with the most outstanding record of service to the school and the community. Named for Martin Wolf, the Academy’s longtime director of service learning.

Global Scholars Award: Angela Cabrera and Yifan (Connor) Hu
Presented to graduating seniors who have demonstrated a profound interest in and passion for international affairs during their time at the Academy.

Christine Linnerud ’01 Alumni Association Best Female Athlete Award: Amaya McLachlan
Dan Naklicki ’98 Alumni Association Best Male Athlete Award: Elijah Moss
Selection is made on the basis of total “points” accumulation during four years of varsity and junior varsity participation. To receive this award, a student must have attended the Academy for at least three years of high school and must have played on two varsity teams.

Drown Family Character and Citizenship Award: Maurice Jenkins
Recognizes a senior who embodies the best of the Academy, demonstrating good character and integrity, enthusiasm for and involvement in student life, a positive attitude, and a strong academic success. The scholarship award is to be used at the discretion of the graduating senior to enrich his or her college experience.

Senior Art Award: Tim Rooney
Awarded to the senior with the most outstanding record in art, based on artistic activities and production, as determined by the Upper School art instructor.

Senior Music Award: Halle Berghoff (Chorus) and Maya Lopez (Instrumental)
Awarded to the seniors with the most outstanding record in music, based on musical activities and productions determined by the Upper School music instructors.

Senior Drama Award: Jillian Dunlap
Awarded to the senior with the most outstanding record in drama, based on dramatic activities and production, as determined by the Upper School drama instructor.

Senior Social Studies Award: Tim Rooney
A gold plaque is awarded to the senior with the highest cumulative academic average in social studies and humanities, including at least one social studies elective, during the four years.

Senior Journalism Award: Ireland Lawrence
Awarded to the senior with the most outstanding record in journalism, based on journalistic endeavors, as determined by the humanities curriculum leader in conjunction with the sponsors of the various journalism activities.

Arthur A. Baer Senior English Award: Halle Berghoff
A gold plaque is awarded to the senior who has shown the most diligence, talent, and passion for English and has maintained an excellent cumulative average over four years.

Annie E. Heath Mathematics Award: Tony Tang
A gold plaque is awarded to the senior with the greatest initiative, work ethic, innate abilities, achievements, and passion in the study of mathematics over four years.

Dr. Larry Brown Science Award: Angela Cabrera
A gold plaque is awarded to the senior with the highest cumulative academic average in science over four years.

Illinois Science Teachers Association Science Award: Congkai (William) Zhang
Awarded to the student who most clearly demonstrates outstanding leadership, academic achievement, and interest in the field of science. The recipient is selected by the science faculty.

“We’ll Never Forget You” Award: Yifan (Connor) Hu
Awarded to the senior judged “most unforgettable” by the Upper School faculty.

Academic Distinction by Grade: Maanav Kaistha (9), Emmett Campbell (10), Jason Chen (11), Angela Cabrera (12)
Awarded to the students in each Upper School class with the highest academic average for the school year. Their names are placed on the honor plaque hanging in Alumni Hall.

Jerome A. Thrall ’44 Junior Class Leadership Award: DeAngelo Fletcher and Samaria Harris
The most prestigious award given to students at the end of their junior year rewards faithfulness to the MPA tradition of excellence in citizenship, scholarship, and dedication to the enhancement of the common good. Recipients receive a $4,000 scholarship for their senior year at the Academy. Named for Jerome A. Thrall ’44, a member of the MPA Hall of Fame who generously supported the Academy and many other philanthropic causes.

Arts Achievement: Zach Guido (Art); DeAngelo Fletcher (Music); Abbey Haynes (Drama)
Awarded to students with the highest achievement in the areas of art, music, and drama, based on academic achievement, activities, and performance.

Thespian Award: Hailey Brisard and Alex Fleming
Awarded to the student(s) judged as the best thespians for the school year.

Book Awards: Emmett Campbell (U.S. History), Ignatius Gathman (Mathematics), Amari Green (Chemistry), Maanav Kaistha (World History), Celeste Kettaneh (French), Samuela Kosipa (Mandarin), Kaitlyn Mullings (English), Chris Skawiniak (Spanish), and Mia Wallace (Biology)
Awarded to students who have demonstrated the greatest interest or who have had the highest academic average this school year in various subjects. In case of a tie, the student in an honors or AP section or the student in the higher grade will be given preference. Selected by curriculum leaders.

Parents Association Art Award: Alex Fleming
One piece of art is selected by vote of the Parents Association as most outstanding for this school year. A copy of the print is made, with the artist receiving one copy, framed, and the other assuming a place of honor on display in the Arts Center.

Membership in the Morgan Park Academy chapter of the National Honor Society is an honor bestowed upon deserving students by the faculty based on the criteria of Scholarship, Service, Leadership, Citizenship, and Character. Eligible candidates must: be members of the junior or senior class; have been enrolled at the Academy for at least one semester; have a minimum cumulative weighted GPA of 3.70; and be strong in areas of service, leadership, citizenship, and character.

House Cup: Malcolm House (Captain Maya Lopez)
The MPA house system provides a framework for intramural, athletic, charity, fundraising, and community competitions. Students win points for participation in all facets of school life, including academic achievement, co-curricular involvement, good deeds, and volunteer work. At the end of the year, the house with the most points wins the cup. 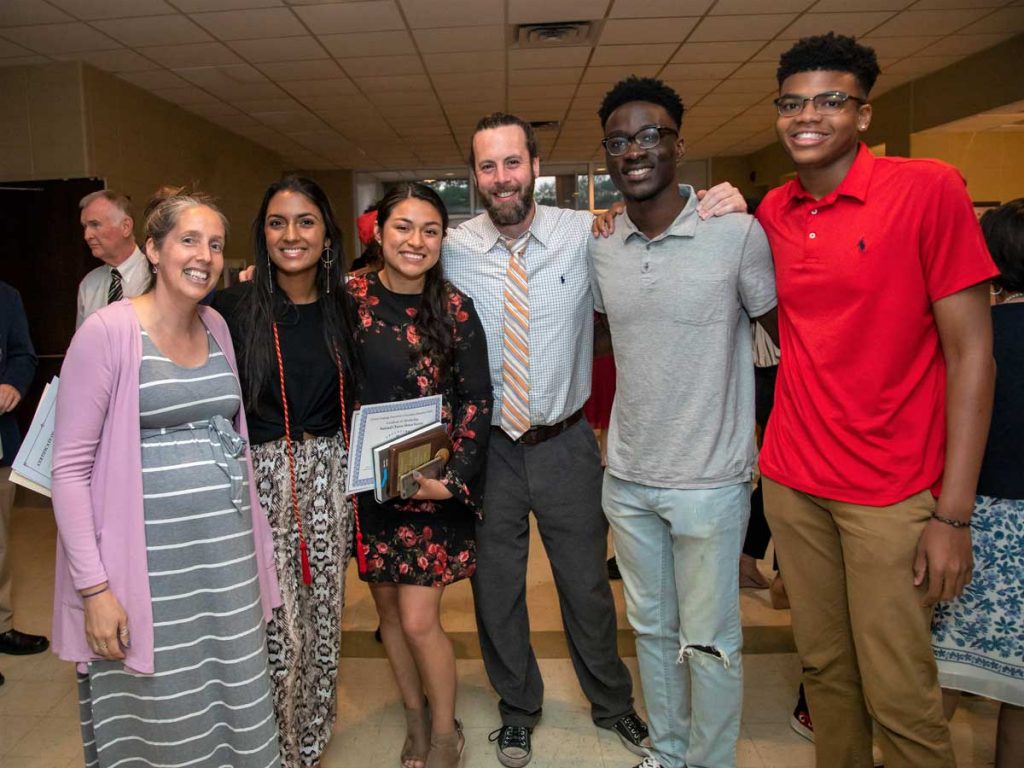 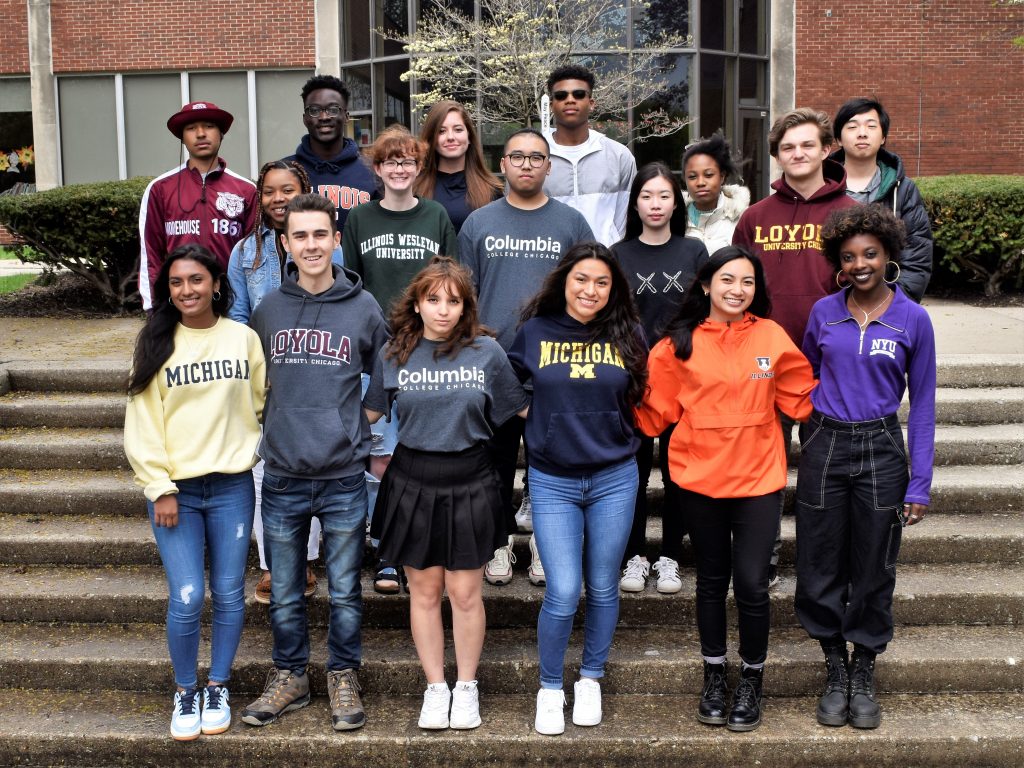 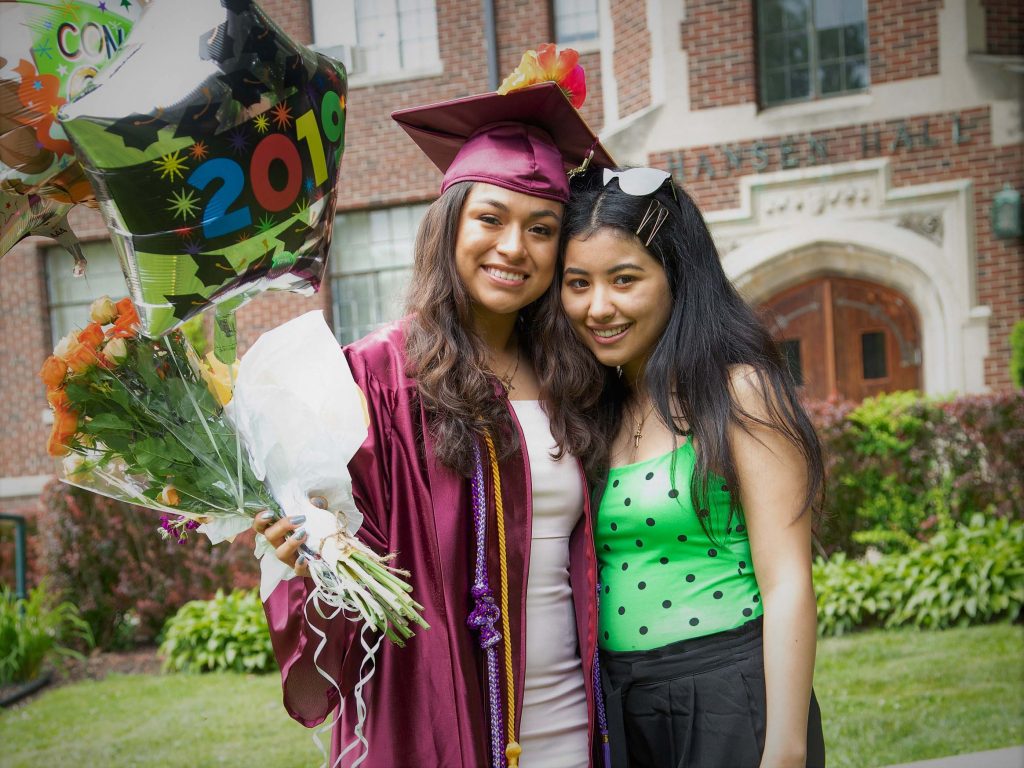 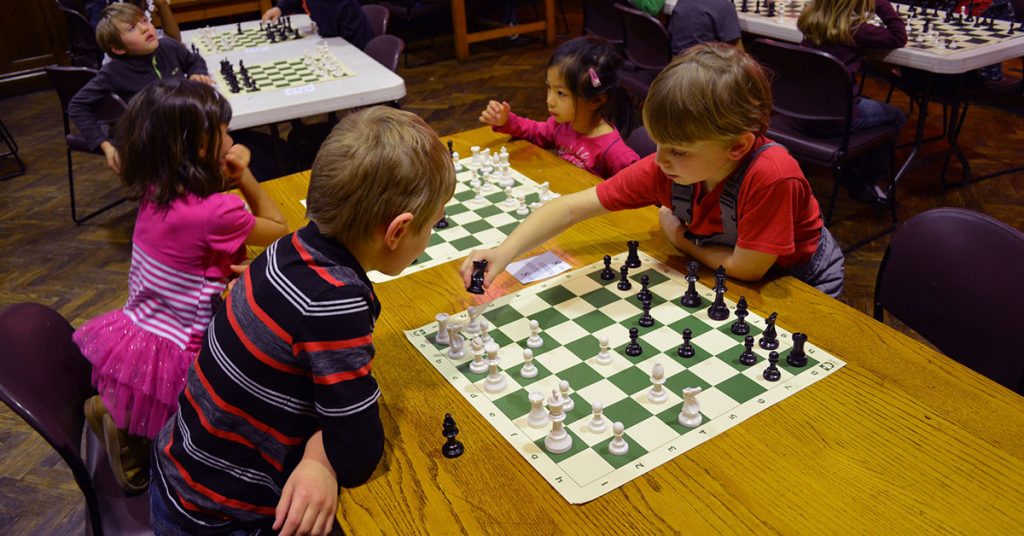 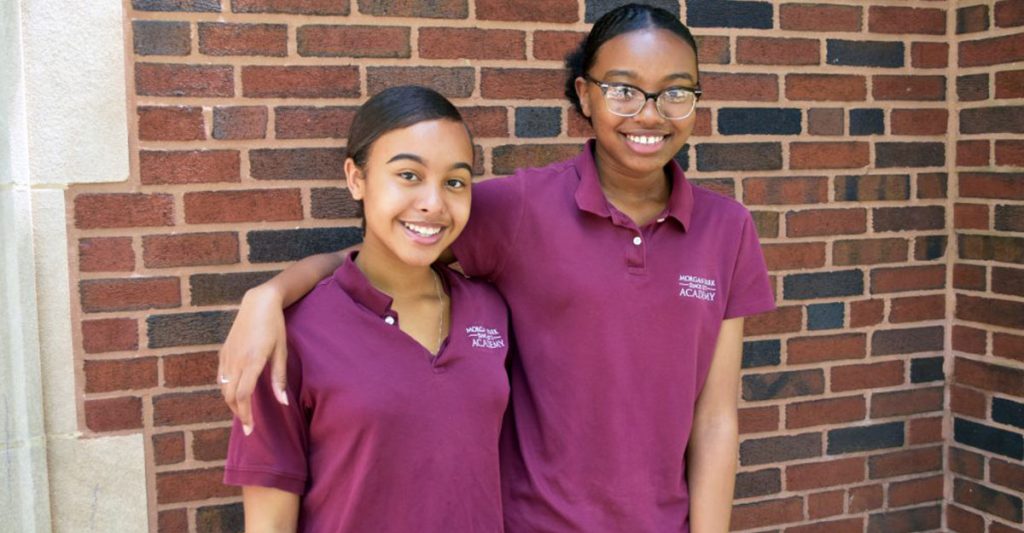 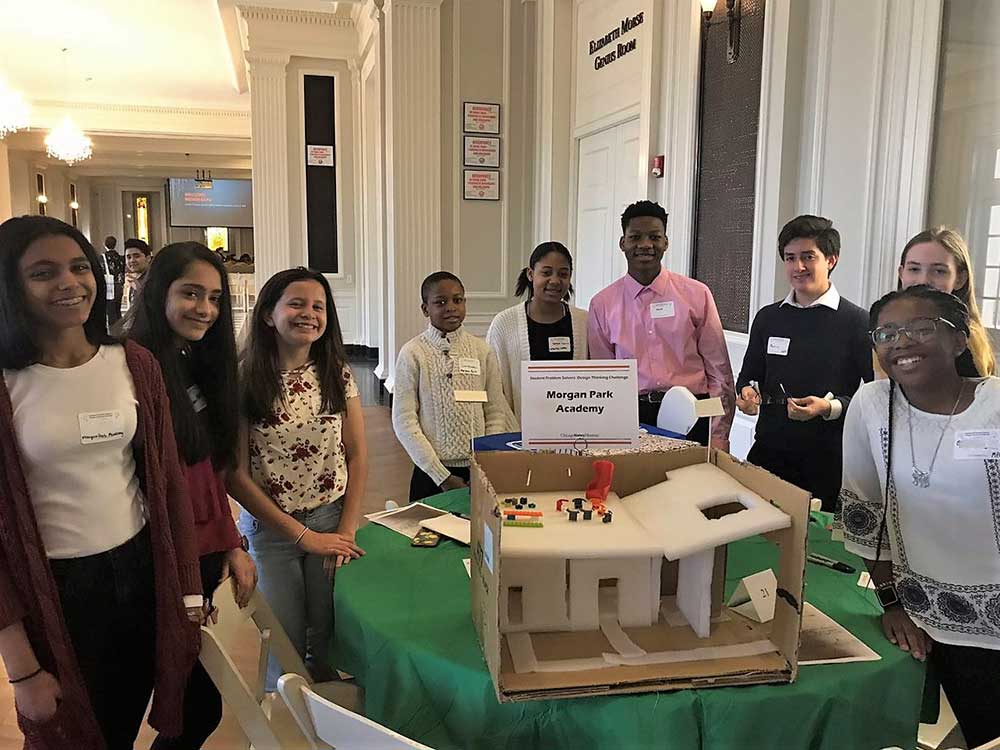