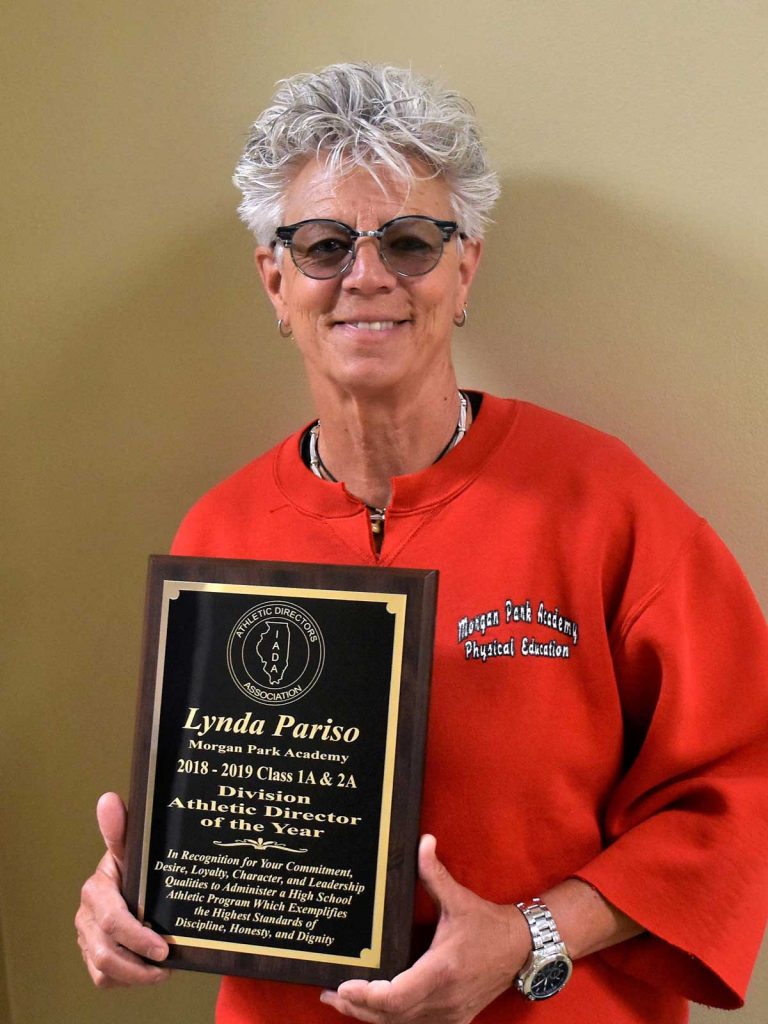 She was recognized for her “commitment, desire, loyalty, character, and leadership qualities to administer a high school athletic program which exemplifies the highest standards of discipline, honesty, and dignity.”

Tom Drahozal, a longtime colleague as an MPA principal and coach, said that Pariso’s “tireless dedication to our student and school community has been a model for all the faculty and administration.”

Pariso has overseen an athletics program that despite being small in numbers has produced conference, regional, and sectional championships in multiple sports, has had teams participate in the state series in multiple sports, and for the first time in school history, has seen students receive athletic scholarships at NCAA Division I institutions.

A longtime colleague within the Independent School League agreed.

“I respect her commitment to the students, coaches, and MPA community as as well as the ISL conference,” said Dave Ribbens, Director of Athletics at the University of Chicago Laboratory Schools.

“You can count on Lynda to be direct and to the point even when it isn’t that easy or comfortable to do so. She does this in a professional and respectful manner always mindful of seeing the bigger picture. She always contributes to the discussion of conference business at our athletic director’s meetings and looks out for the good of the league when speaking. Lynda is a valued colleague within the ISL.”