One of my favorite parts of the Middle School experience at Morgan Park Academy is the optional trip we provide each summer to experience our amazing U.S. national parks.

This summer, 22 students who had just finished grades 6-8 joined English teacher Sandra Burgess and me on a journey to Yosemite National Park in California.

We lost ourselves in the perfection of this heavenly place, learning important lessons on beauty, humility, and immortality that could not have been learned in a traditional classroom, and emerged with 22 new defenders of the National Parks System. 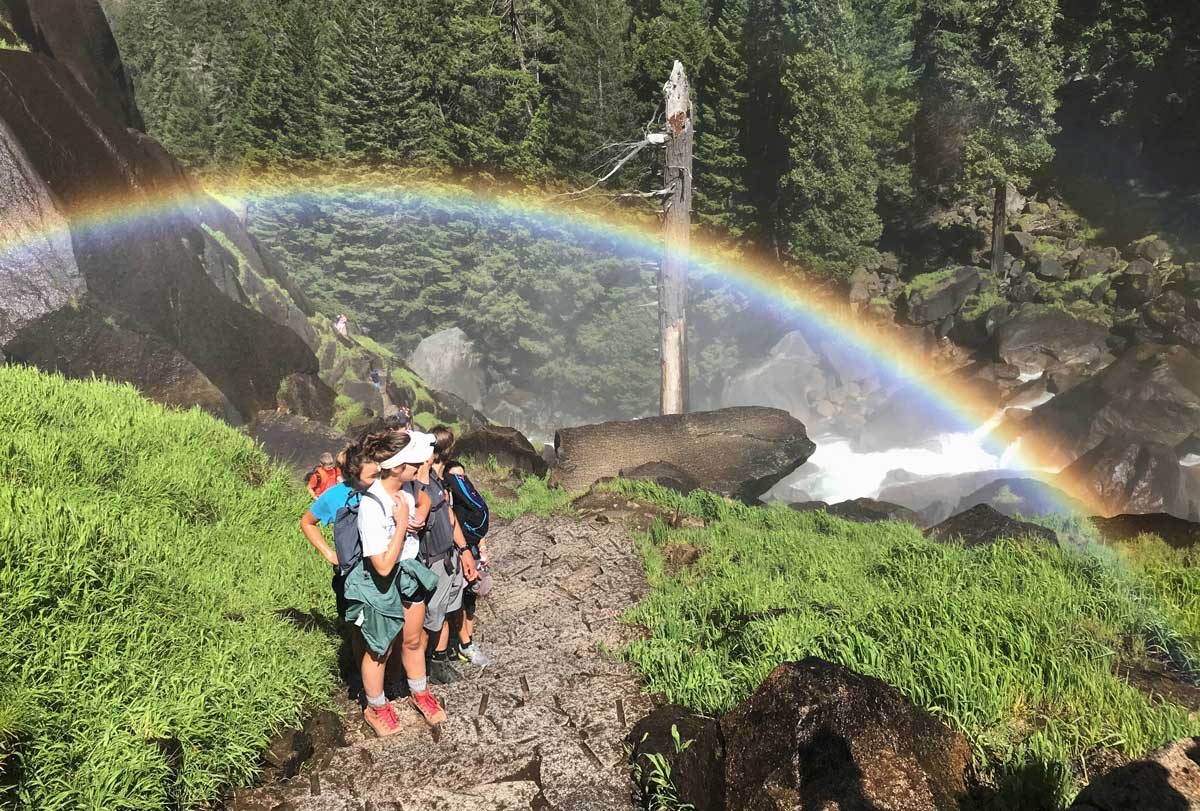 We learned about beauty. Everywhere.

We saw its many forms:

Beauty was in both the big things and the tiniest things, in the seen and unseen, heard and unheard, short-lived and the timeless. It was in the taste of the glacial stream that was our playground, in the feel of the soft grass on our legs in the meadow that was our classroom, in the sound of silence as we walked the Mariposa Grove of the Sequoias, and the sound of movement of the running waters from the mountains that surrounded us. It was in the mist shadows on our faces as we climbed the waterfalls and the rainbows over our heads as the sun hit that water.

It really was everywhere. No matter where we turned, we could not avoid it. It was soul-quenching and it was good. 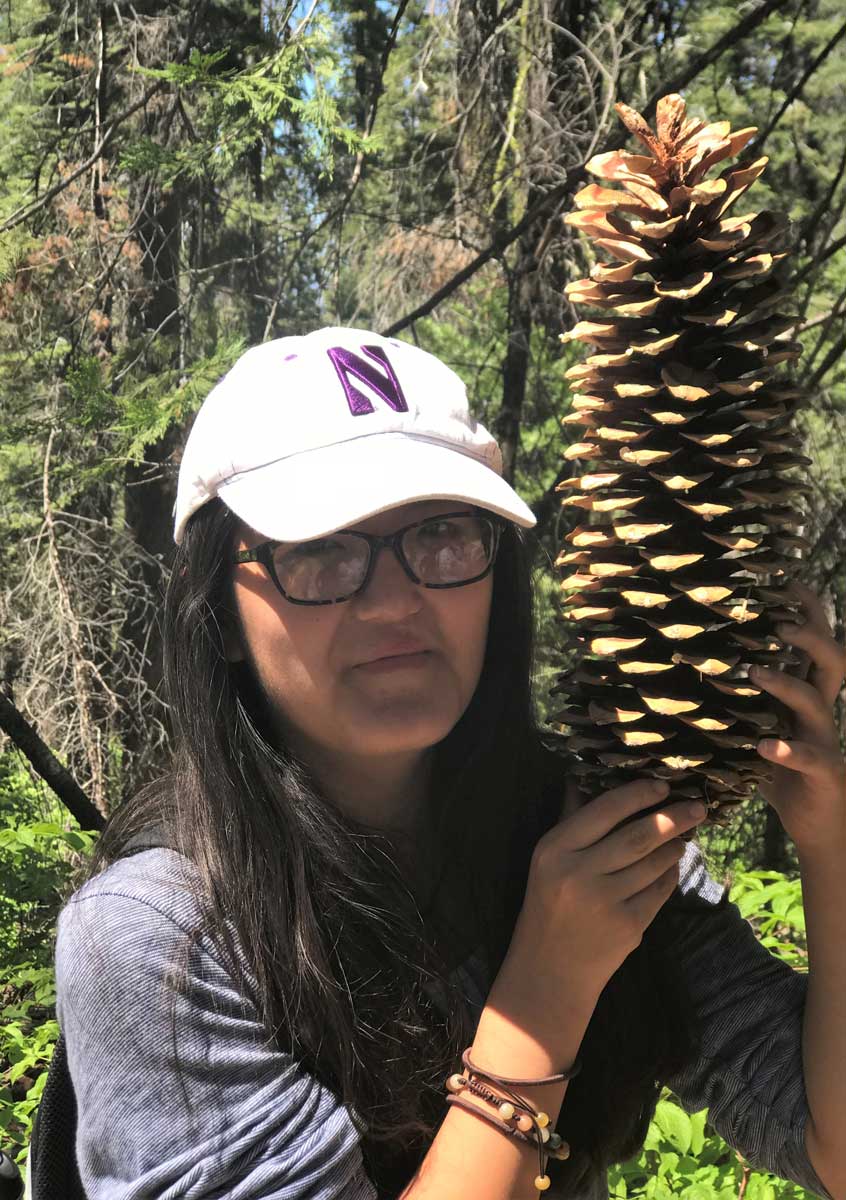 Lessons were all around us. There’s an old maxim along the lines of: You can’t appreciate your connection to this world if you think you are the center of it. A space like Yosemite whose sheer size is divine surrounds us with lessons on humility.

We awoke each morning in Half Dome, surrounded by 1,000-foot granite cliffs, immediately reminded of our smallness in this universe — insignificance even — and that lesson was reiterated as everything we encountered was massive, beautiful, and natural.

We hiked through the Sequoia Groves among 300-foot trees that produce pine cones the size of our heads — and yet still are 85 feet shorter than the tallest redwood in California! Talk about humbling!

Our bodies reminded us of our mortality, our vulnerability, and our insignificance as we hiked, exhausted, for half the day to the top of the rainbow-happy Vernal Falls. Only some of us completed this hike and none of us made the full trek to the top of Nevada Falls because of its size, the challenging terrain, and our own limitations. We felt like conquerors and failures at the same time!

We explored meadows the size of the city of Chicago, and watched brave rock climbers, looking like ants, scale El Capitan, a slab of granite that rises 3,000 feet from the valley floor! In each instance we were confronted with the humbling reminder that we are but tiny drops in a big ocean.

We felt so small. No matter where we turned, we could not avoid it. It, too, fed our souls and it, too, was good. 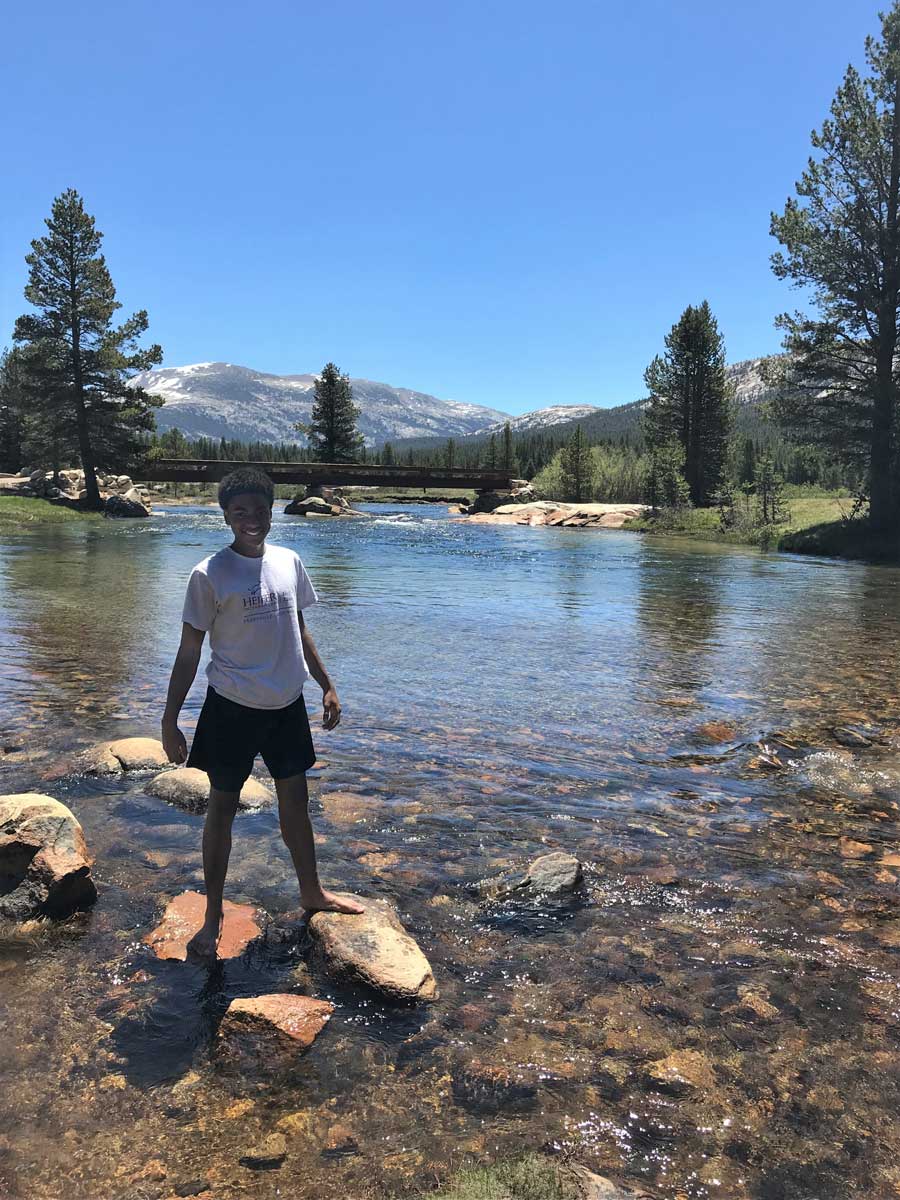 John Muir, father of our national parks and fierce advocate of places like Yosemite, encouraged people to:

“Wander here a whole summer, if you can. Thousands of God’s wild blessings will search you and soak you as if you were a sponge, and the big days will go by uncounted. … The time will not be taken from the sum of your life. Instead of shortening, it will indefinitely lengthen it and make you truly immortal.”

Immortal? While we did not stay a whole summer, we were lucky enough to have been transplanted to this other world for five days and our time in Yosemite was transformative. We returned different people than we were when we left and that is the point of travel.

Watching young people awaken to the synchronicity in their existence — their simultaneous insignificance and significance — was something that could only be born out of a place like Yosemite. Here, we realized we are not the center of our world but an integral part of it.

In the end, these 22 students emerged advocates of the national parks. Out of the lesson of insignificance they realized the significance in both their power and responsibility to influence the preservation of these magnificent places for their children.

Immortality. That too fed our souls, and that too, was good.